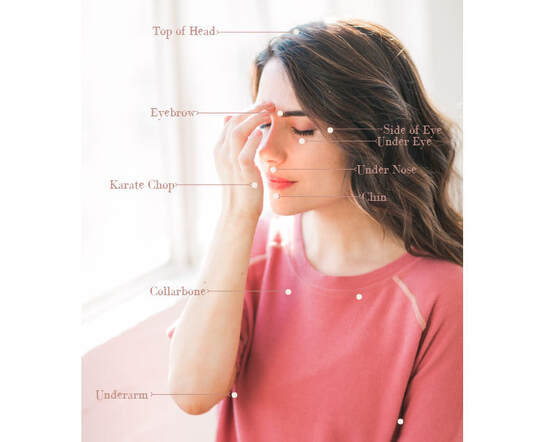 Emotional Freedom Technique, or EFT (often known as Tapping or EFT Tapping) is an alternative treatment for physical pain, stress and emotional distress. It’s also referred to as psychological acupressure.

It is a universal healing tool that can provide impressive results for physical, emotional, and performance issues. EFT operates on the premise that no matter what part of your life needs improvement, there are unresolved emotional issues in the way. Even for physical issues, chronic pain, or diagnosed conditions, it is common knowledge that any kind of emotional stress can impede the natural healing potential of the human body.

EFT combines the physical benefits of acupuncture with the cognitive benefits of conventional therapy for a much faster, more complete treatment of emotional issues, and the physical and performance issues that often result.

EFT involves tapping on various points on the face and hands along with speaking some statements about the present issues or pain/stress. The points are derived from Chinese acupuncture and correlate to energy meridians related to each major organ in the body.

Based on Chinese medicine, meridian points are thought of as areas of the body energy flows through. These pathways help balance energy flow to maintain your health. Any imbalance can influence disease or sickness.

According to EFT International, the technique can be helpful for people with:
Blocks or imbalances in the flow of energy lead to ill health. Tapping on the meridian points with the fingertips restores the balance of energy to resolve physical and emotional issues.

The EFT premise also includes the understanding that the more unresolved emotional issues you can clear, the more peace and emotional freedom you will have in your life.
Meetu Sehgal is a trained EFT and Matrix Re-imprinting practitioner, NLP, Hypnosis and Breakthrough Coach from the Vitality Living College (UK) and Dr. Rangana Rupavi Choudhari (PhD). Vitality Living College is a leader in the area of personal, emotional and spiritual development courses accrediting practitioners and trainers in EFT, NLP, Hypnosis, Breakthrough coaching, The Journey and Matrix Reimrprinting. To date over 2000 people have completed training from UK, US, India & Europe. It is under the global accreditation of AAMET which is the only Trainer of Trainers in India. Meetu is the EFT facilitator for Vitality Living College.

Connect with me to know more 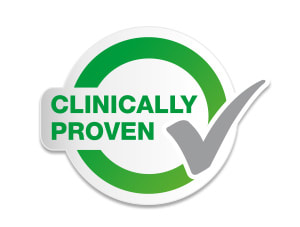 In recent years, there’s been a growing pool of undeniable research that proves what millions of people the world over have known for some time now: that EFT produces real, lasting breakthroughs and significantly improves or even eliminates conditions that hospital treatments, medication and years of psychotherapy often fail to adequately deal with.

A research was undertaken by Dr. Dawson Church. His team performed a randomized controlled trial to study how an hour-long tapping session would impact the stress levels of 83 subjects. To do this, Dr. Church and his team measured their level of cortisol, a hormone secreted by the body when it undergoes stress. Their findings? The average level of cortisol reduction was 24%, with a whopping reduction of almost 50% in some subjects! In comparison, there was no significant cortisol reduction in those who underwent an hour of traditional talk therapy.

Dr. Church also created The Stress Project, which teaches tapping to war veterans suffering with PTSD. The results have been astounding: an average 63% decrease in PTSD symptoms after six rounds of tapping. It’s mind-blowing and exciting research, which has converted many non-believers in the scientific community along the way.
Book an EFT Session Today 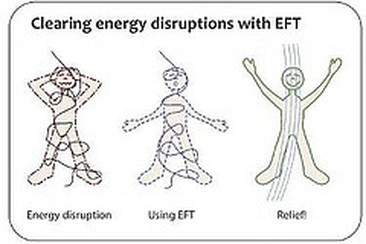 EFT is also a powerful skill to add to your ‘tool box’ if you are already in the caring profession, for example doctors, nurses, counsellors, coaches, trainers, nutritionists as well as alternate practitioners. It is also used by professionals, home-makers, children and adults alike to feel happier, healthier and more confident.

Emotional Freedom Technique is probably one of the most powerful healing techniques in the world today! It can be taught by a skilled trainer and is easy to learn, providing stress relief within seconds. Once learnt, EFT is extremely powerful as a self-help tool or when used with client as a practitioner.

Based on discoveries involving the body’s subtle energies, EFT has proved over 80% clinically effective for stress, fears, depression, traumatic memories, addictive craving, weight loss and many other physical symptoms. It is rapid, long-lasting and gentle. No drugs or equipment are involved. It can be self-applied as well as applied by a professionally-trained practitioner.

Heal Your Patterns with EFT
Survival Guide for Empaths
​